Properties For Sale in Bedford

Bedford is Central for All Your Needs

Bedford has two faces: the charming mid-century bedroom community, and the cutting-edge city-within-a-city offered in its crisply developed Ravines neighbourhoods. Even if you know Bedford, she still has secrets to reveal.

Bedford has long been home to some of the province’s most prominent citizens. Shore Drive’s gracious homes and the fresh faces on older shops lining the Bedford Highway speak to a prosperous history, and a rapidly developing future. New, high-design housing developments and businesses are erupting around Larry Uteck and Kearney Lake, modernizing the idea of village living.

This growth can’t mask Bedford’s aristocratic history. Hemlock Ravine Park on the Bedford Highway is 200 acres of wilderness, some old-growth, that was once the country estate of Lt. Governor John Wentworth. The park’s entrance is marked by a heart-shaped pond, a tribute to Prince Edward, Duke of Kent and Strathearn and his beloved mistress, Julie de Saint-Laurent.

The Bedford Highway retains some of its Mad Men mystique as it skirts the Bedford Basin, past the Round House, Birch & Anchor and the Esquire Restaurant. Many mature, leafy neighbourhoods around the town centre offer that midcentury feeling: athletic clubs, parks dotted with tennis courts, a community pool, and a small-but-mighty yacht club.

The crown jewel of Bedford’s parks is one of HRM’s most under-appreciated treasures: Admiral Cove Park. Hidden in plain sight, it’s a true wilderness park, with trails for all hiking abilities, and hidden gems like the Eagle Nest, a panoramic view of Bedford Basin, shore to shore.

Five minutes from the town centre, the neighbourhoods’ character changes. Chickenburger and Sunnyside, Too sling burgers and milkshakes with a side of nostalgia, while Pete’s Frootique caters to a continental palate. Homes in these neighbourhoods were built in the 1990s: spacious and comfortable, with private lots and swimming pools. A handful of Elementary schools serve the families here, whose every spring weekend is lived on the sports fields at Bud Bremner Park.

Just off the Bi-Hi, the New Bedford reveals itself. The Hammonds Plains Road links downtown Bedford with the Ravines neighbourhood, a backdoor into Larry Uteck. Hammonds Plains is undergoing a renaissance, with its bevy of new neighborhoods, churches, and equestrian opportunities, all anchored by the BMO Centre, one of Nova Scotia’s premier hockey facilities.

This mini-city didn’t exist a decade ago, with shops and restaurants, like Nayya and Morris East serving Bedfordians in brand-new custom homes and condo communities. Though the developments are contemporary, the community is king. Yoga studios and spas are sprinkled throughout residential streets, and walking paths connect the neighborhoods, providing a safer place for families and dog walkers to explore. Playgrounds and sports fields are prominent, and the unspoilt Blue Mountain-Birch Coves Lakes Wilderness, newly acquired by HRM for recreational development, is on their doorstep.

Bedford hasn’t lost its identity as an affluent Halifax suburb, buts its desirability is growing, let a Century 21 Trident Realty REALTOR® show you what Bedford has to offer. 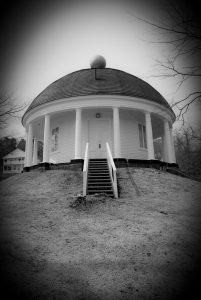 All of life's essentials are conveniently located minutes from your door which means you can get more done in less time. Grab a fresh coffee on your way to work, meet your friends for dinner or stop at an ATM on your drive home. Bedford's vast range of amenities continues to expand and give you more options for dining, shopping and entertainment for all ages. With endless opportunities to live and play, you're never far from the conveniences you want and need. 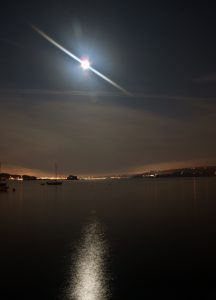